What are Precious and Semiprecious Stones? 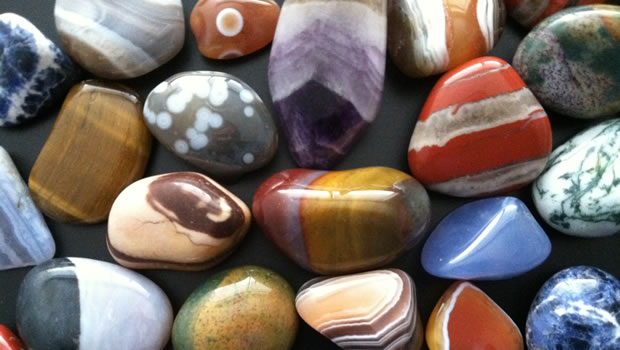 A Classification of the 1800s

Gemstones were first classified into the categories of "precious stones" and "semiprecious stones" in the mid-1800s. These terms quickly became popular and are now used throughout the world. Most people who sell gems and jewelry are very familiar with the terms and have used them.

The terms remain in common usage today. They are used in perhaps a majority of books about gems. They are in thousands of websites. They are commonly used in discussions throughout the gemstone and jewelry industry.

However, the words "precious" and "semiprecious" are controversial. Some people do not like them. These people think that all stones are precious. They believe that any stone of beauty is a "precious gem". How could anyone disagree with that? 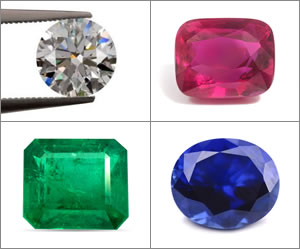 What Are "Precious Stones"?

"Precious stones" is a name that is usually used in reference to four types of gems: diamonds, rubies, sapphires, and emeralds. Precious stones are usually transparent and cut by faceting - like the stones shown in the accompanying image.

Some people have included opal, jade, or pearls in the "precious stones" class, but these have not received persistent and widespread use.

This idea is somewhat supported by the fact that diamonds, rubies, sapphires, and emeralds generally cost more per carat than semiprecious stones. Precious stones also account for over 98% of the dollar value of U.S. gemstone imports for consumption reported by the United States Geological Survey [1].


What Are "Semiprecious Stones"?

The names "semiprecious stones" and "semi-precious stones" are used for all varieties of gemstones that are not categorized as "precious." Any gemstone suitable for being used in personal adornment would be included.


Some people believe that the word "semiprecious" is derogatory, irreverent, misleading, or confusing, and that its use should be discontinued. They think that there should be "precious stones" and "other stones". Perhaps these people want to cast all gems but a "precious few" under a derogatory light?

Today the terms appear repeatedly in thousands of books, magazines, web pages, and other documents published by companies in the gem and jewelry industry, government agencies, and the most influential institutions in gemology. Purging these terms from professional use would be difficult, but, eliminating them from common use would be nearly impossible - especially because some people really like these names.

The division of gemstones into the categories of "precious" and "semiprecious" might give some people the idea that "precious stones" are more valuable, more rare, more beautiful, or more desirable than "semiprecious stones." Here are just three of the problems with calling some stones "precious" on the basis of their value, rarity, beauty or desirability.

These gems have much higher values per carat than most individual "precious stones" sold in the United States market. Their prices are higher than most diamonds of similar carat weight. These examples are clear evidence that semiprecious stones can be worth a lot of money.

Many semiprecious stones are also more rare than precious stones. Red beryl, ammolite, benitoite, gem silica, demantoid garnet, tsavorite garnet, tanzanite, ametrine, and numerous other gems are all found in a fewer number of locations and produced in smaller quantities than any of the "precious" stones. They are incredibly rare in comparison, but that does not earn them the term "precious."


The "Beauty" and "Desirability" Problems

Beauty and desirability are both properties that are based upon the opinion of the observer. It would be interesting to present excellent specimens of diamond, ruby, emerald, sapphire and opal to a random cross section of people and ask them which, in their opinion, is the most beautiful or desirable. It is possible that opal, typically considered to be a "semiprecious stone" would win or place higher than the "precious stones" in the contest.


A Consideration of "Grade"

Furthermore, the words "precious" and "semiprecious" do not consider the "grade" of the stones. "Grade" is a general measure of gemstone quality and marketability that considers color, clarity, and potential price. Some rubies, sapphires, emeralds, and diamonds are of a grade that gives them a very low price - often low enough that large numbers of semiprecious stones will be more highly valued.

For these reasons, the terms "precious stone" and "semiprecious stone" are arbitrary and meaningless. If the terms suddenly disappeared from the language of gems and jewelry, there would be no loss of accuracy and precision on common communication. At the same time, a bit of confusion would disappear with them. Perhaps then, the terms should be eliminated, but they are so entrenched in the industry and common usage that eliminating them would be essentially impossible.


Focus On What Appeals to You

A person who is interested in purchasing an item of jewelry should not be influenced by the names "precious" or "semiprecious." Instead they should focus on what gemstone appeals to them, suits their intended use, and has a price that they are willing to pay. The names "precious" and "semiprecious" are old and arbitrary designations that have never been truly meaningful.

A person who spends a week's pay to buy an amethyst ring should certainly think that their amethyst is "precious". A person who finds a wonderful piece of agate, cuts it into a cabochon, and sets it in a commercial mounting will think that it is precious. A child with a favorite tumbled stone has a precious possession. No one has a right to deny these people their thoughts.